According to The Coffee Club’s oldest customer, 99-year old Madge Sander, a regular half-strength flat white and a date scone (warmed up with butter) is one of the secrets to her good health and longevity.

Recent research would indicate that the great-grandmother is onto something. Two new studies, including the largest into coffee drinking, has found that even a single cup can increase a person’s lifespan by up to nine minutes per day.

People who consume a 350ml cup each day slash their risk of dying by 12 per cent over 16 years. It has also been shown to protect against heart disease and stroke.

“It’s an amazing achievement for Madge to be almost 100 years old and still as sprightly as she is,” says grandson, Craig Cunningham. “She has always told me that getting out to enjoy a regular flat white and date scone has helped her keep active and healthy in later life. That has always been a part of her daily routine and she never waivers from it.”

Madge has been a member of The Coffee Club’s VIP Club for seven years. The Coffee Club Milford Mall is her local, but she has been known to venture to Takapuna and Albany for special outings.

“At my age, an outing with coffee is something to really look forward to,” she explains.

Madge was born and raised in Takapuna. She has two children, six grandchildren and 13 great-grandchildren. In her younger years, Madge was a dedicated bowler and as a life member of Takapuna Bowling Club enjoyed many weekends on the greens

“She still has a huge gusto for life and is sharp as a tack,” says Craig. “Along with her flat white, she still completes the NZ Herald’s daily crossword to keep her mind in good shape. However, she has been known to take a sneak peek at the 1972 Collins dictionary at times, gifted by her late husband. Some of the newer words that have been added don’t appear, but she won’t accept a new version.” 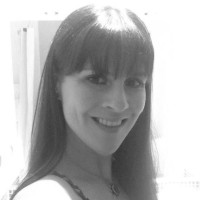